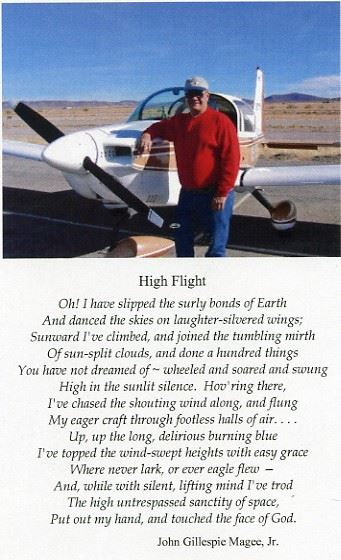 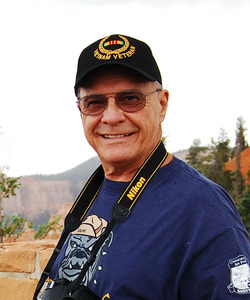 Jim was born January 12, 1947 in Highland Park, Michigan, to Joseph John and Eleanor Boland Krause. He spent most of his early years in the Detroit area with the exception of a few years during the 1950’s when his family lived in Cleveland, OH. He graduated from Oakland University in Rochester, Michigan, in 1969 with a degree in Economics. Soon after graduation he was drafted into the United States Army and served for 11 months as a computer operator at HQ MACV in Saigon, Vietnam.

Following discharge from the military Jim relocated to Arizona where his parents had recently retired. He enjoyed boating and water skiing with friends on the weekends while working in Phoenix at Greyhound Corporation. In the fall of 1972 he met Kathryn Jean Moeller (Kay) the first evening in a photography class at Phoenix College. They were married two months later. Their mutual love of photography and adventure started a lifelong tradition of travel for them. During the early years of their marriage they camped in a tent in the western part of the US. After a few very rainy adventures they advanced to a small travel trailer, then another and then another. In 1986 they began a new kind of adventure when they flew to Hong Kong with Jim’s Dad. Jim had been there three times while in the military and was anxious to share it with Kay and his Dad. This trip was followed by nursing professional tours with Kay to Kenya and Egypt. In 1990 Jim and Kay became volunteers for Earthwatch and traveled to distant places as volunteers on scientific research projects. Some of their more memorable trips took them to Botswana, northern England, Israel, Mexico and Argentina. In the late 1990’s Jim’s desire for flight resurfaced after many years. He had begun private pilot training in college but had put it on hold when he was drafted. He received his private pilot’s license in 1996 and began his search for just the right airplane. With his encouragement Kay joined him as a private pilot two years later. Vacations for the next few years took them from coast to coast in their Grumman Cheetah. Jim felt strongly about using his piloting skills for more than pleasure. For several years he served as a volunteer for Flights for Life, Inc. and using his airplane, flew blood and platelets for United Blood Services to locations throughout the state. He always said that Flights for Life was one of the proudest things he had ever done. He and Kay also enjoyed flying Airedale Terriers to their new forever homes for Southwest Airedale Rescue.

Jim worked as a senior hydrology analyst for Salt River Project in Phoenix for many years and then for Roosevelt Water Conservation District in Higley, AZ, for several years as a semi-retirement job. He retired in 2004 and in early 2005 he and Kay began construction on their home in Aguila. He continued his volunteer efforts by serving on the Aguila Volunteer Fire Department as engineer and finally Assistant Chief.

In early 2012 Jim was diagnosed with Multiple Myeloma after a rapid onset of symptoms. In September 2012 he underwent stem cell transplant at Mayo Clinic Hospital in Phoenix. He did very well for almost a year before his disease began to progress. He remained positive and never gave up hope that his treatment would eventually bring his disease under control. Jim always joked with his doctor and his nurses and said he liked to leave his appointments knowing he had made someone smile.

Jim is survived by his wife Kay, his sister Kathleen Labudde of Warren, MI, his brother-in-law Stephen Moeller (Cheryl) of Broken Arrow, OK, his sister-in-law Karlyn Wagner of Roseburg, OR, and many nieces and nephews.

To us Jim and Kay were Bone Aire having helped Dorothy and I fly Airedales from one place to the other.  I loved my coffee and donuts with these guys each time we had a flight.  :-)  The best you could ask for.
-- rusty